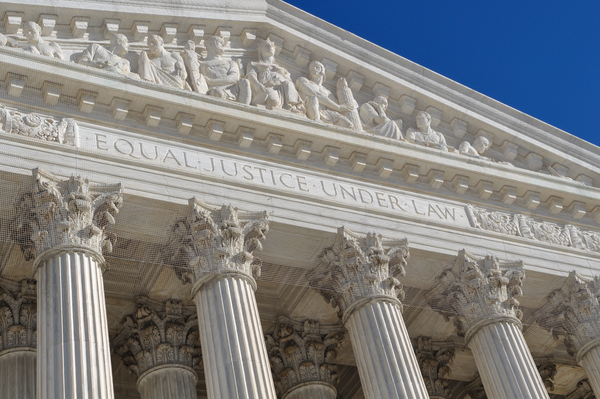 Is The Criminal Justice System Biased Against Black People?

"There comes a time when silence is betrayal." -Martin Luther King Junior

After the death of George Floyd in Minneapolis, protests across Britain have emerged, bringing once again the issue of racial discrimination. The truth is that talking about institutional racism in the country is complex.

The protests' central topic requested an improvement in the criminal justice system, calling for an end to police brutality. After all, what people are demanding is to have an impartial approach to law and order.

Things are changing as research has been carried out on criminal justice and black people in the UK. The results have shown that there is a big difference between how black and white people experienced criminal justice.

According to the Prison Department, black people have a more prominent representation in the prison population. It is essential to notice that the process by which these results are difficult to understand, as one should reflect not only in the way that the criminal justice agencies treat black people, but also their place in society.

The main reason for the unequal representation of black people in prison is not the sentencing, but what occurs before the differential apprehensions, charges, and brought to court. It is not shocking that the connections between black people and law enforcement agents are usually afflicted.

Unfortunately, most black people have similar stories, or they know someone who does. However, there is scepticism on the right to any claim that the criminal justice system is racially biased. For many, the truth is that the system is racist.

This statement is often wrongly interpreted, as it is an accusation that everyone in the system is racist. In fact, we have methods and organizations that generate results racially, despite the purpose of the persons who work within them.

Prosecutions against black and minority-ethnic suspects should be postponed or discarded to help stop the bias against them in England and Wales criminal justice system.

In England and Wales, black people make up 3% of the population and 12% of the prison population. It is recommended that younger defendant's criminal records remain sealed to help offenders find an occupation.

According to the Ministry of Justice, young black people are nine times more likely to be apprehended in England and Wales than white people.

The Black, Asian, and Minority Ethnic, also known as BAME, don't trust the system as they often refrain in terms of "them and us." Many of them do not believe the promises made to them by their criminal defence counsel, let alone law enforcement agents in a police station telling them to plead guilty. Usually, an interview that starts with a "no comment" can become a crown court trial.

According to the Lamy review in 2015, for every 100 white men convicted for public offender crimes, there were 494 BAME convictions.

Black offenders often receive poor legal advice as forty-one percent of them pleaded not guilty in crown courts compared with thirty-one of white defendants. This usually leads to avoiding the opportunity of reduced sentences through early guilty pleas, and scepticism in the criminal system is strengthened.

It is critical to encourage the criminal justice system to work intimately with local communities to boost public approval.

Postpone prosecution plans must be provided regardless of race and ethnicity to people facing charges who meet the requirements, especially those that are not toughened, convicts. Doing this could help to cut the race difference and help discourage people from a life of anger.

For instance, the German criminal system grants for less punishing juvenile law for those young adults whose psychological development suggests he or she is immature. This could be a right adoption by England and Wales rather than an inflexible limit, at the age of eighteen.
Many scientific studies are showing that maturity can be developed until twenty-one, which is something that could be evaluated for young offenders. Since there are many BAME people among young adult prisoners, this could help relatively.

Keep in mind that it cost the taxpayers more than £300m a year this disproportionate results.
It is essential to comprehend that most young people get out of crime, but once they are convicted, it prevents them from becoming professionals as they grow up.

England and Wales should adopt a system where convicts that can prove they have reformed to have their criminal records erased, so they no longer have to disclose them on job applications. This system is effectively used in Massachusetts, where criminal records are "sealed," so that judges would still have access in case of reoffending.

Another essential aspect of stopping the criminal justice system from being biased against black people is to have a more "ethnically representative judiciary and magistracy" by 2025.

Finally, it is vital to acknowledge that race is not the only matter we need to concern about in the criminal justice system. Absolutely, many white people are falsely accused, apprehended, and sentenced; and many are treated unfairly and have been killed by police officers.

The truth is that there are issues directly related to race and many others that don't. But it is time to look for solutions to stop police brutality and the criminal justice system to be biased against black people.